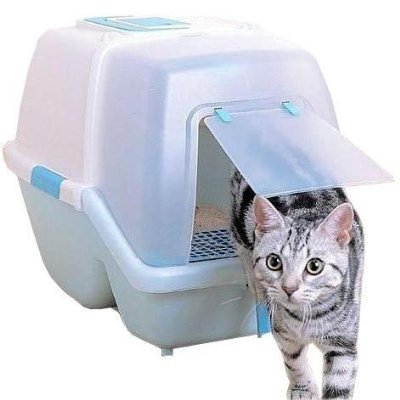 Cat Inflammatory bowel disease isn't what you think of initially when your cat vomits...the normal assumption is that your furry friend has fur balls. However, after numerous times of cleaning up the vomit, you realize there is no fur ball. Off to the vet you go...seeking an answer to the problem. It just might be IBD.

Inflammatory bowel disease (also known as IBD) is a chronic inflammation of the intestinal lining. This is one of the most common gastrointestinal disorders in cats. Vets don't know for sure what causes the disorder.

The suspicion is that the problem is triggered when an animal's immune system becomes hypersensitive to various antigens that commonly reside in the intestinal tract and sends its warrior cells to the battle area, inflaming the tissues lining the intestine.

Another possibility is that the intestinal lining is somehow damaged, which allows antigens to penetrate more deeply into the intestines than usual, causing an immune reaction. IBD is probably caused by a number of factors that vary from cat to cat.

Generally, cat inflammatory bowel disease affects middle-aged and older cats, but is occasionally seen in kittens. Clinical signs include vomiting, diarrhea containing fresh blood and mucus, gas (both borborygmus and flatulence), anorexia or ravenous appetite, and an unkempt coat. These symptoms are cyclic in occurrence.

Using palpation, the veterinarian may detect thickening of the intestinal tract walls and enlargement of abdominal lymph nodes. Lab tests will rule in or rule out causative factors. The main test involving the large intestine is a biopsy of the large bowel muscosa.

Cat inflammatory bowel disease is one of the most difficult feline gastrointestinal ailments to diagnose. There is no easy IBD test, and the most common signs of chronic vomiting and/or diarrhea, can point to many disorders. The only way to diagnose IBD is by ruling out other diseases.

Your vet will likely start the testing by performing a fecal exam to check for internal parasites such as worms and protozoa along with a fecal culture to check for bacterial infection. The next step could be an analysis of the cat's blood to check for illnesses such as FIV, FeLV, hyperthyroidism and liver or kidney disease. Your vet may also put your pet on a specific diet.

Vomiting may also signal other serious cat illnesses such as pancreatitis, feline infectious peritonitis (FIP)or lymphoma. If the tests are inconclusive your vet may suggest taking a tissue sample (biopsy) from your cat's stomach or intestines. Typically this is done by sliding an endoscope through the cat's mouth or rectum and into its intestines to collect small bits of tissue from the intestinal lining. Another method, used less, is opening the abdominal cavity surgically so the veterinary surgeon can view the bowel and select tissue for biopsy.

Your vet will make the determination by the signs he sees your cat exhibiting. If the primary sign is vomiting with little or no diarrhea or if he shows small bowel diarrhea (normal defecation frequency, no straining to defecate, and a watery or soft stool with no blood or mucus) then his stomach and small intestine are probably inflamed.

If your cat shows large bowel diarrhea (increased defecation frequency, straining to defecate, and small amounts of feces tinged with mucus or fresh blood) and some or no vomiting, his large intestine is likely inflamed.

For example, an overabundance of neutrophils suggests an infectious disease and a large number of eosinophils signals that your cat may have parasites or an allergy. But if your vet does diagnose IBD, a treatment plan will be implemented which normally is a change in diet and anti-inflammatory drugs.

The prognosis for cats with IBD is optimistic for control but poor for a cure. Diet alone may curb signs of the disease for some patients. When relapses occur, the vet may prescribe short term drug therapy.