by Bill Nokes
(Chetco Cove, OR)

All of us myriad of dog lovers know that there are myriad of different types of dogs, and what they are best at various things..

There are of course your fox hounds, though I think they are relegated to a rather small portion of England where there are still the dreaded "Red Coats" There are hearding dogs, best at herding cattle, not at hearing. Seeing eye dogs, that appearently can see your eyes well. There are dogs whose forte is supposed to be hanging on to a pig's snout, I guess to capture both the pig, and a lot of snot. There are a fox terriers, though I think that is because they look foxy, not because they would ever catch one.

There are Rat terrieres who reportedly catch rats, Not much smaller than the Jack Russel terriers which I guess catch "Jack Russels" whatever that is. Maybe a form of writer.

Pit Bulls are supposed to be best at fighing in "Pits: Blue heelers are best at herding cattle, (and maybe biting your heels black and blue) but Border Collies are best at herding sheep, not minding boundries to keep illegals out, nor are they good at book stores. Austrailian Shepards? I have it on good authority from several sources, Aussies are best at keeping Kiwis away.

Ana, a Golfito Black Dog shares her residence aboard "Someday" a 41' Ketch currently cruising around Panama, with Barbara and I. So! I have an AKC (Alleged Knowledgeable Canine-ites) registered Guflito Black Dog, a type of (terrierist). Since this organization publishes nothing about its breeds, I was unable to find a reliable source of characteristics for this breed, So I decided it was necessary to observe the characteristics that set a Golfito Black Dog above all other breeds. To do this, I had to watch Ana's every move. and Analyze it. Why is she barking and looking at the sky? A bird has landed on the rigging, and she wants it gone before it decorates the deck. Is she then a bird dog? No! A pointer? She is after all looking up as she barks. Probably not, her nonexistant tail is not pointng, nor can it. She has some fixation with flying things, as she tries hard to catch flies (she can't) and wasps (she can and regrets it) and gnats (she doesn't know if she catches them or notl as they are so small) Still, I don't think her elevated interests qualify her as a flying dog. Do you think it possible she aspires to being an Air Traffic Controller?

She also barks at porpoises; Is she then a "Porpoise Dog"? Does her life then have some porpoise? I don't think so, since she is both smaller, and not nearly as good a swimmer, I don't mean to say she is not a good swimmer, cause she is, but not of the level of a porpoise. She loves to retrieve the sticks I throw into the ocean for her; Possibly a retriever, though certainly not Golden.

My research has more than expended all the allotment of the government grant, and they won't give me an extension, so its time to declare what the outstanding useful function of a Gulfito Black Dog that sets it apart. (At this point, I shall express my annoyance that I couldn't really get a research grant for this exercise, even though it is clearly as valid a subject as studying the sex lives of moles.) Why this breed has evolved into modern time to fill a unique and proper positive role. I must tell you, that there are other breeds,that share the characteristics, but not to the focus and extent of this breed.

She is a "pillow seeker", Yes!, A pillow seeker, Maybe it will be discussed in Wikipedia. She cah find a pillow faster than even the renowned Doberman Pincer or barky little Yorkies, Very professional at it. If a pillow is placed on a spot you intended to sit, by the time you can turn around and lower your posterior, Ana will have beaten you to it even if she was at the other end ot the boat. When she is aware, that Barbara does not want her, "Ana's", doggie butt on Barb's pillow, Ana will lie motionless on the foot of the bed, She waits without moving a muscle until the head/bathroom door closes behind Barb. Then in some sort of levatilialn transposition, Ana will, without apparent effort or action, be positioned on Barb's pillow. It does not seem like she moved there, its just that at one instant she is on the foot of the bed only to appear on the pillow. Once ensconced there, Ana goes into an almost trance like sleep, from which she can be awakened only by either the lick of an amorous male Poodle, or a scream of "Get off my Pillow". Otherwise, she could be declared as dead. Sometimes, even the possibility of food will not divert the dog's pillow seeking, but the smell of cooking meat emanating from the galley always draws her off, but only for so long as it continues. Ana thinks her clandestine sneaking onto and off the pillow as Barb moves in and out of our stateroom is concealing her propensity to pillow seeking. Unfortunately, DNA tests of the short black fur on the pillow, confirm that Ana has been there. Then Barb's finger wagging admonition becomes...."Dammit; stay off my pillow" even though Ana looks nearly permanently attached at the foot of the bed. Pillow Seeking is so firmly in the instinct of some dogs, that even my threat of "Mom will put you in tonight's stew" does not deter it.

Putting a pillow anywhere other than in a drawer of a closed closet is just like telling a pillow seeking dog, "Come; lay down here!" Sometimes a stack of pillows creates a short challenge, when it falls over with the dog trying to climb on it. Small challenge, since the dog will now simply seek out the favored one from the fallen stack, and lay on it.

I must advise, that Pillow Seeking dogs, have a sense of discrimination. Ana can and will burrow into my pillow as well, but only as a second choice, such as when Barb may be looking. My pillow doesn't smell like rose perfume. more like stinky stale sweat. How can a pillow seeking dog be expected not to make her choice. Also, Barb usually fluffs her pillows just before getting up. Why? Who knows? its just going to get squashed down again when you put your head on it. But Barb and Ana prefer a freshly fluffed pillow. Frequently, I will hear the shout: "Get off my pillow". It tells me that Ana fell asleep on Barb's pillow. Otherwise, she would have shifted back to the bottom of the bed before Barb arrived, I will say: "You better get off Mom's pillow!" Then She will slowly, like a 100 year old, open her eyes with a sad look, struggle back to the bottom of the bed like it was her last effort, Nothing like the panicky live action nano second activity that occurs with Barb's "Get off my pillow". In the cockpit, sailing, I might ask: "Where's Ana?" Barb will reply, "She had better not be on my pillow." Immediately after which, you hear the "thump" of dog feet hitting the floor next to the bed, shortly after which a very innocent looking doggy face appears in the gangway.

One other thing. You can give a dog their own pillow, and they will seek it out and use it, as long as you are watching.
The science of Canines has yet to explain why this trans breedal characteristic exists. Why is it many dogs without any other apparent mutual characteristics, "Pillow Seekers"?

Join in and write your own page! It's easy to do. How? Simply click here to return to Your Cat Stories or Cat Health tips. 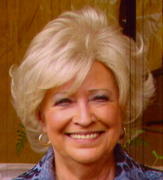